While going through the Google Play Store, I noticed that I have played a lot of strategy games and that most of them were very similar to each other.

I tried searching for something new that offered a different take on the strategy game which is how I discovered Castle Crush: Epic Battle.

Castle Crush is unique within the mobile strategy genre. Dueling other players has never been this fun. If you are curious to know more about Castle Crush, find out more about the game below.

Castle Crush is a strategy game that uses cards to summon inside a lane to battle with another character. These characters then push the lane towards the enemy castle to destroy it and win the game.

However, there are a lot of strategies involved especially when it comes to the cards that I summon into the game.

What makes it tricky is that I cannot summon all the creatures and characters at once.

Each card will need mana to be summoned. The game slowly generates mana which can be seen at the bottom of the screen. The higher the mana, the stronger the character.

But this does not mean that low mana creatures are useless in the game. From warriors to skeletons to archers, each card is vastly different from the next making the game very diverse.

Clash with other players through duels and gather new ways to unlock more cards to increase your power. Learn different strategies as you collect more cards to your deck.

Playing Castle Crush is all about understanding the different phases of the game. You have the early game, mid-game, and late game. Each of these phases is attributed to the type of deck that I utilize in the game.

I’ll discuss the type of decks and the strategies involved below so check it out. During the early game, it is important that you try to gain control as much as possible. Gaining control over the map means that you have momentum.

Everything within this game is all about having the proper momentum. Always be the first one to summon a card into play. This way, you gain control over your opponent.

Summoning a very basic creature will force your opponent to counter it, therefore, giving the momentum and control to you. This is one of the most highly effective strategies at controlling the game for you to win.

With so many cards to play, there are bound to have different strategies involved. Each card presents a unique ability and has its stats.

Low mana cost cards are often used in early game strategies and swarm the enemies until they destroy the castle. Some decks involve playing the long game by extending the game to the late game.

For new players, I would rather recommend getting a well-rounded deck first with a good early game summons and reserve some powerful cards in case you get to the late game.

Avoid stacking your deck with expensive cards. You are most likely going to get destroyed early on if you encounter an enemy with a fast game strategy. It also goes the other way with the cheaper cards.

Having cheap troops will also get you wrecked around the mid-game when your opponent starts to build up some powerful cards.

During the early stages of the game, it is always best to play smart as possible. The early stages are the most critical part of the game as it dictates the momentum of the game. Use this stage to play your cheap cards to distract your enemy.

This is the best time to work your way towards high mana cards and make an explosive play that will end the game the way you want it. In the early stage, you will also encounter an opponent that will likely use the same strategy as you do.

Make sure to counter it as much as possible by summoning cheap cards into the lane as well. This will also give you the time you need to build up a good strategy to counter your opponent.

Use Clearing Cards at the Right Time

Clearing cards are cards that are played or summoned to immediately clear out a lane. This is highly advantageous for players who are getting swarmed by creatures within the lane.

This action is commonly used when facing a highly dangerous target or a summon that might immediately destroy your castle if it can reach it.

Using clearing cards is essential but it should only be done at the right time.

Often, many new players play clearing cards the moment they feel like they are becoming overwhelmed by the enemy. I would rather suggest using clearing cards as the last option instead.

Utilize as many of your other cards on your deck before using clearing cards. There are still many other options and strategies to employ.

Hold off on using clearing cards as much as possible but also play them at the right time.

Save Some Cards for the Late Game

New players tend to use the flooding method where they summon a lot of cards into the battlefield all at once. This is highly efficient if you are using the early game strategy.

However, it is also wise to save some cards in case you face an opponent who knows how to deal with your strategy.

Having cards at the later stages of the game ensures that you still have creatures to summon and spells to throw to your enemy.

Use your cards wisely and don’t throw everything on the wall just to see if something sticks.

Don’t Be Afraid to Take Some Hits

There will be times when one lane is more vulnerable than the others. It might even get to the point where your castle will take some hits. Don’t be afraid to take some hits from the enemy.

It is normal for new players to have to balance between taking some hits and learning how to deal with one. Don’t panic when an opponent can get to your castle. If you still have mana left, go ahead and summon any card to delay the enemy.

This is where clearing cards can be quite useful. If you have one on your deck, learn how to time it right and see if this is one of those instances when you will need to play it.

After playing a few games, I was able to receive some gold chests in my inventory. I had no idea what the gold chests were at first. Later on, I discovered that they were able to give gems.

Gems are the in-game premium currency that can also be bought using real money. For those who are on a budget, you can always use these gold chests to gain some gems.

Open them and receive a good amount of gems. Collect as many as possible since you will be using them to get legendary cards at the store.

Make good use of the gems that you earn through these chests as they will open up more strategies and different types of cards for you.

The last tip that I want to offer to you is to join a clan as soon as you hit level 3. Joining a clan has a lot of benefits. You get to battle with your clanmates and learn new strategies and techniques in playing the game.

The best part about this is that there is no risk involved. You do not lose anything when you play with your clanmate but instead, you gain experience and knowledge. Apart from that, I also get to trade cards with them.

I already have a lot of rare cards that I am willing to trade for more powerful cards. Use this avenue to open yourself up to more strategies in winning the game. Plus, you get to meet other players in the game and strengthen the community.

Castle Crush offers a very unique take on the strategy genre of mobile games. Players will have to think about what type of cards to summon to the battlefield alongside many other strategies involving card decks.

Its immersive experience and colorful characters make the entire game fun to play. Castle Crush is currently available for download on the Google Play Store and the App Store for all mobile devices. 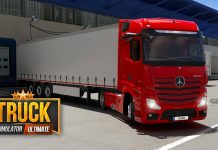