As a fan of the classic anime Saint Seiya, I was surprised to discover that the creators of this amazing show licensed a game. I can enjoy the story of the game and relive the iconic series through wonderful landscapes, amazing gameplay, and beautifully rendered graphics.

All of your favorite characters are in the game, namely Pegasus Seiya, Goddess Athena, and many others like Andromeda Shun and more.

With over hundreds of characters from Masami Kurumada’s epic action-adventure saga, make your destiny and challenge your skills against players from all over the world in Saint Seiya Awakening. To learn more about the game, check out the guide below:

Whether you are a fan of the anime or just recently discovered this awesome mobile game, the main story of Saint Seiya: Awakening is an integral part of the game.

This is where you will be spending most of your time. Play through the main story, and you will soon progress and gain more rewards.

Complete each stage, and you will get experience points and level up your account. Gather gold and collect diamonds as you win more games and fulfill the different tasks from the main quest.

More features will be unlocked once you reach a certain level in the game. Keep on playing to enjoy more game modes.

While playing the main storyline is an important part of the game, there are still many other equally significant aspects. These are the quests that will help you get more rewards. Completing daily quests is as important as your progress in the main storyline.

You can check out the right side of the screen to see which quests need to be completed for the day. Some of these quests will take a lot of time since they need to be done several times. These daily quests often give out a good amount of diamonds for you, so I recommend finishing them.

A Full Party Of Six

I started in the game with a few characters or Saints. However, as I progress through the story, the game unlocks more features and now allows me to bring up to six Saints to battle.

You can unlock two additional Saint slots by the time you reach level 18, bringing the total to six. Now, this is where things get interesting for me.

By now, you will have a lot of Saints to choose from. Each Saint will have their unique abilities to bring to battle, and it can be pretty complex to pick which of them to bring to your main party.

The first consideration that you need to make is the speed of your Saint. The Saint that has the highest speed will be allowed to attack first. Remember that higher-tier characters are stronger.

However, each character still has something to bring to the table. Check out all the characters alongside their tier and skills at the Codex and find out which one suits your playstyle.

Many might want to argue that the game is often played in Auto-Battle mode. I understand that we want to play the game as fast as possible and just let it play out. However, I would rather suggest that you use the manual mode instead.

In manual mode, you get to control the skills of the characters and target specific enemies during battle. Skills are shown on the right side of the screen, so you can always choose which ones to use. I think playing the game in manual mode brings out the strategic aspect of the game.

This is the reason why we play the game in the first place. Remember that the game might have an auto-battle feature, but it is still best played manually.

Use Auto-Battle For Farming

It doesn’t matter which way you choose to battle as long as you enjoy the game in the process.

However, as much as possible, I would try to get S-Tier characters for the endgame. Gather as many diamonds in the game as you can to obtain Advanced Gems.

Advanced gems give a higher probability of letting you summon these S-Tier characters for your team.

To summon these characters, head over to the Summon menu on the main screen. It will lead you to a page where you can see different constellations.

There are four different types of summons. The normal summon can be done through common gems, while the advanced and themed summons will need advanced gems.

AR summon requires AR gems that can only be obtained through events or by purchasing them through the diamonds you have collected. Use the diamonds and roll them to get the best characters in the game.

Players are often restricted in playing the game by using stamina. The more stamina that you have, the more you can interact and play the game. However, there are times that I deplete all of my stamina.

I would often wait for a day before the stamina bar goes back to normal. There is one other way to replenish the stamina so that I can continue to play the game.

How To Use Diamonds For Stamina

The main option is to use the diamonds I earned from playing the game to purchase more stamina. What I like about using this option is that it also increases the stamina bar.

All I need to do is to tap on the plus icon at the Stamina bar and purchase 60 stamina for 30 diamonds.

It would fill the Stamina bar back up, and I would back to playing the game.

Get More Stamina From Friends

Start by connecting your social media account to the game so that you can send invites over to your friends.

Where To Add More People

Add more people as your friends by checking the world chat. Select the player by tapping on their icon and add them.

I usually invite them over to the Arena, where we can spend most of our time battling it out with other players. This would help them increase their party’s power, and you might make a new friend in the process.

You can also join a Legion where you get perks such as Legion rewards, commission, Legion boss, quests, shops, and many more.

I was able to join a Legion through my connection with an online friend. They also mentioned that they could start a Legion by paying 500 diamonds, and it worked well for them.

Having an active Legion grants you immense rewards. Being an active member also gives you the chance to win more diamonds and gems. You can join a Legion by tapping the Legion button at the bottom side of the screen.

If there is one reward that I want to have, then it is gift codes. Gift codes are one of the main sources of rewards in this game. They are often very difficult to obtain, but once you get them, they are priceless.

More often, they post different kinds of codes that offer rewards for the players. Make sure to monitor events as well and see if they provide another code.

Gather your team of Saints and journey through the galaxy in this action-packed role-playing mobile game brought to us by Youzu and Tencent.

The game is available for download at the Google Play Store and the App Store for all mobile devices. Go ahead and download the game and relive the classic tale of the Knights of the Zodiac. 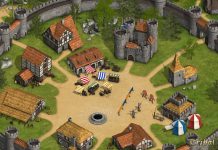 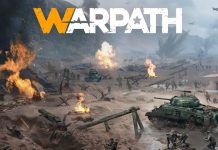