In the distant future, the world has been left ravaged by war, and a new era of advanced warfare is about to begin, but this time, the enemies are zombies. After unleashing a zombie outbreak, DEAD TARGET: Zombie Offline takes you to the center of the zombie action as you attempt to rescue and stop the zombie apocalypse from further destroying the world.

DEAD TARGET: Zombie Offline is an action shooter mobile game that allows me to shoot zombies using different weapons. However, that may not be as easy as it sounds.

There are different zombies unleashed in the game, and some are pretty difficult to take down if you don’t have the right weapons. In this guide, I’ll teach you how you can survive in the game, earn money, get new weapons, and have fun at the same time.

Aim For The Head, If Not The Chest

Many of us have known that when dealing with zombies, it’s always best to shoot them in the head. It’s an effective method of killing them in an instant.

And while that is the best and most optimal way of dealing with them in the game, it might be the most effective, especially for those who are still learning and new to DEAD TARGET. It takes some form of skill to aim for the head yet alone accurately hit it with just one bullet.

It will take some time before new players can accurately do this. This is the reason why I would rather suggest that you try to hit the chest instead. Hitting their chest means you aim at a large area, thus allowing you to get a feel for the game.

Once you have mastered your aim, you can move on to aiming for the head.

There are many factors as to why many new players don’t have the accuracy and would have to start from scratch in learning the skill. Apart from still being new to the game, it is also played on mobile, which is very different from playing on your computer.

The controls and other settings are nothing alike. There needs to be some sort of adjustment on my behalf to learn the controls. So what I usually do is adjust the controls that would suit my comfort level.

Whether I emulate the control settings from other games that I play on PC or create my own version, it is always best to adjust the controls of the game to your liking. This way, you control the game in the way that you want it to.

Another reason why this game is more fun than other zombie shooting mobile games is that most of the zombies, apart from the one that I encounter early on, are fast-moving. Fast-moving zombies tend to be very dangerous.

Always focus on them first before moving on to the slower ones. The slower ones might have the numbers advantage, but the real threat here is the fast-moving ones.

Target them first and make sure to kill them before they can get near you.

As I play through the game, I can unlock different weapons. I’ll teach you later how you can unlock guns and other powerful weapons in the game.

Whenever I have a new gun, I always want to practice using it and what I discovered is that I can start shooting enemies through walls, especially those that are thin enough like a door.

You’ll get the feeling that there are certain areas in the game where you can anticipate zombies coming out, so what I do is I start shooting at the wall just before they come out, and they end up getting killed. It may be a glitch or intentional, but it is still worth trying and avoiding getting killed.

Finish Main Quests To Rank Up

Ranking up is very important in the game. It helps you unlock different areas in the game as well as provides more stats for you. The best way to do this is to finish the main quests.

Playing the main storyline gives many experience points that I can use to upgrade different aspects of the game.

There are many other ways to gain experience in the game, such as doing daily and event quests, but the main quests are by far the best solution to getting experience so I can rank up in the game.

As I rank up in the game through playing the main storyline, I also gain access to different guns. Some of them might be the usual guns that we tend to see in other games, but I can unlock even more powerful guns as the game progresses.

Some of them allow me to shoot a group of zombies altogether and knock them out or take out a large zombie in just a few shots. With so many guns to choose from, there’s bound to be some that I find very interesting, and it can immediately become my favorite.

Unlock all the guns and choose which ones suit you best. Unlocking these powerful guns will take a lot of cash, so be prepared to shell out some of the cash that you have collected from playing the game.

Speaking of getting money in DEAD TARGET, there are several ways for me to earn more cash. Playing the game and ranking up does allow me to earn a substantial amount of money.

However, daily quests offer an additional amount of money so I can inch a little bit closer to affording the weapon that I like in the game. There are many daily quests that need to be accomplished every day, so I make sure that I finish them early on.

Finish these daily quests first, as other quests need to be unlocked and accomplished apart from these. I also suggest that you check out these quests before playing, so you hit all the objectives of each quest and unlock the rewards.

The game rewards players who have good skills in the game. The best way to express your skill is to get multi-kills and consecutive kills.

For those who don’t know yet, a multi-kill is when I kill two or more zombies in just one action; meanwhile, consecutive kills are when I successfully eliminate zombies one after another. The more multi-kills I get in the game, the more cash I receive as a reward.

At first, it can be challenging to pull off multi-kills, especially with a low-caliber weapon, but as soon as I pick up the powerful ones, multi-kills can be achieved all the time. This is why choosing the best weapon is my priority, and what better way to achieve that than by killing more zombies.

Events are created to bring more fun and offer more rewards in the game. I often join events to have fun, but these events often offer many rewards that many players don’t get since they don’t participate in them.

I always encourage other players to play the game and join these events.

Some of these events are pretty serious, but most of the time, they are just added to the game to bring more fun and get people excited to play the game.

Get Free Gold And Money

Here’s a secret – the game gives out many rewards just by playing the game, but the best way to do this is by tapping on the option that says Free Gold. Yes, there is a way for you to earn free gold and money in the game. All you need to do is to watch ads.

For those of you who don’t know, gold is the premium currency in the game that is only available for those who purchase them through real money. The game gives these types of rewards for players who choose to watch ads on the app.

There is no limit to the number of ads that you can watch, so gold is given for free in this game. If you are willing to sit down and watch ads, you can be as powerful as anybody else in the game.

And those are my top tips for surviving DEAD TARGET and getting the amount of money that you need to buy the big guns. Make sure to follow all the tips mentioned above, and you’ll soon get better in the game.

Don’t forget to check all available options given by the game to earn even more money, especially the free rewards and events. DEAD TARGET: Zombie Offline is available for download for mobile devices at the Google Play Store and the App Store. 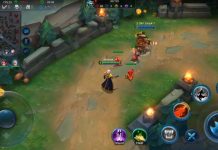 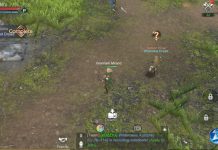 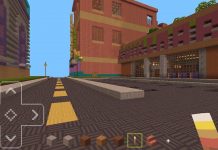