Raft Survival: Ocean Nomad is a survival game where I fend for myself while also avoiding getting eaten by a shark. In this game, the main objective is to survive, and to do that; I have to build a raft, visit different islands, gather resources, craft items, sustain myself, and many more.

It can be a bit complex, especially when different factors affect the player’s survival. It’s when things start to get complicated that Raft Survival truly shines as a survival game.

Nevertheless, I’ll show you how you can survive the first few hours of the game, get the hang of the game’s mechanics, teach you how to get coins, and many more with the guide below.

It’s All About Wood

Everything that I do within this game all boils down to the wood. Wood is the most important resource in this game. All the items that I craft needs some sort of wood source.

This is why every time you get to find wood, you should never leave anything behind. Take it all as you will have more use for it later on.

At the start of the game, I tend to craft enough space in my inventory for my basic needs first before moving into a second level. An important object to craft is the bed, where it acts as a save point, and I can also sleep in it to skip some nights.

Always remember that the very first thing that you do in Raft is to collect wood.

In the early stages of the game, space management is key to success. There’s a lot of things that I can build and things that need to be placed properly in such limited space.

While many players would want to have flowers for decoration, they don’t do anything in the early stages apart from taking too much space. Their only purpose is for painting and not much else. Use this storage space to plant crops instead.

I do not plant crops for the small amount of food that they produce. I do this so they can attract hungry seagulls, and the small crops act as a trap. Once a seagull comes near, I immediately kill it for food. Cooked meat is far better to calm your hunger.

Not All Rafts And Islands Are Worth Stopping Over

Sometimes, I might be curious to venture out in the open and find other rafts in the game. I’m often abe to find different treasures, items, and resources that I can gather from checking out random rafts in the game.

However, not all rafts and islands are worth stopping over. Some of them only offer items or resources that you already have, and sometimes, the items can also be lackluster. Avoid wasting your time by visiting and checking all the rafts and islands.

I always try to balance the time I spend exploring other islands and building and working on my raft.

One of the very first items that I highly suggest you craft early in the game is scrap hooks. Scrap hooks allow me to collect fish items from the sea like wood, thatch, and more.

I can even start fishing with this type of hook. However, what not many players know is that I also tend to hook some raw materials and other junk that I can later craft to help improve my raft.

Items like barrels, chests, and crates contain different types of materials, including golden coins, which will be discussed later on.

Raft Survival plays much like surviving in the real world. There are different things apart from trying to craft materials and items to survive and fend off sharks in the game. I also have to deal with three different stats.

These include health, thirst, and hunger. All three must always be checked by the player and make sure that it does not go down. There are also factors that would affect these three. The weather can play a major factor in health.

Finding food or hunting can solve hunger, while drinking water from the rain that I’ve gathered can take care of thirst. If you have plans on exploring a nearby island, try to bring food and water with you, so you don’t have to worry about these three stats.

Apart from dealing with your hunger, health, and thirst, players will also need to manage different tasks. Multi-tasking can be timed perfectly well in this game.

In this game, I can only do around three tasks simultaneously, and to me, it’s even complicated enough given the time constraints and many other things to do in the game. Several tasks like crafting, cooking and catching fish take some time, and I can only do three tasks at one time.

The Raft will quickly teach you how to effectively manage and time your tasks well.

If there is one thing that I need to be very careful of in this game, it’s sharks. Sharks will always come around looking to take a bite out of me in the game. Whenever I try to go out on an adventure to a nearby island or raft, sharks will always be present to try and devour my character.

The best way to avoid getting eaten by sharks, especially if you find yourself in the water, is to create a distraction. Shark bait is a perfect distraction, especially if I want to go underwater and gather resources.

The duration of the shark bait depends on the game mode that I chose to play. In Easy and Normal, most shark baits last around a minute and five seconds, while it is fifteen seconds longer for Hard Mode.

Sharks Attack From The Edge

Normally, you’d be walking around your raft all the time; however, sharks will also want to try to take a chunk out of your meaty flesh. Sharks can attack from the edge of the raft, and it can take around four bites before it kills me.

The best part about this is that I can also fight back, especially when they take a bite out of the items found on the edge of the raft. Dealing around three damage points will cause the shark to let go of the structure or item found at the edge and stop it from destroying it.

This stops any incoming attacks from the shark as well. Remember that sharks attack every five minutes and will respawn after three minutes if ever I kill it.

Where To Get Coins

Golden coins or doubloons are special currencies used by players who purchase them with real money. When playing Raft Survival: Ocean Nomad, I normally do not have to purchase golden coins since I know where to get them.

The best sources of these doubloons are the chests and other treasures that I fish out of the water or gather whenever I visit other rafts or islands.

Speaking of treasures, most of them, like crates and barrels, can be opened instantly; however, chests can only be opened if you watch an ad. For those who do not want to watch an ad, I suggest you try to skip opening the chests instead.

Chests do offer the chance to get golden coins, though, so it’s always a toss-up between wanting to watch ads or skip out on getting doubloons.

The game has many restrictions in place for those who are not willing to spend money. This is the reason why I would rather watch some ads and get the chance to get doubloons.

Whenever I do have some in my inventory, I would choose to spend them on specific areas in the game that would help me excel. One of which is expanding my inventory. Increasing the storage capacity of my inventory allows me to store more items and lets me carry more around.

Raft Survival: Ocean Nomad is a challenging survival game with all the different factors coming together. Hopefully, the guide will keep you alive long enough to give you a heads up with your resources and be able to fend for yourself for a long time. I truly enjoy playing this game and all of its survival aspects.

Raft Survival: Ocean Nomad can be downloaded through the Google Play Store and the App Store for all mobile devices. 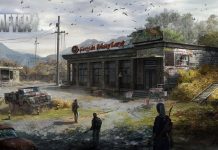 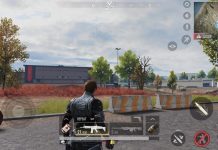 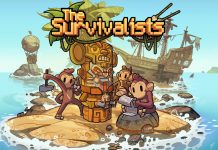