Real-time strategy games on the mobile platform are always fun to play. These games often take most of your time building, researching, gathering, and fighting your way through a myriad of enemies.

Today, I take a good look at Rise of Kingdoms, a world-building real-time strategy game from Lilith Games where you attempt to build your empire from scratch, fight your way through hordes of barbarians, construct buildings reminiscent of your chosen civilization, and many more.

Rise of Kingdoms is a real-time multiplayer strategy game that employs the explore and expand tactic. Players are set in an expansive fantasy world where they get to build and expand their settlement with the leadership of commanders. There are 11 different civilizations to choose from and each has its specific advantages and handicaps.

Players are given the freedom to either focus on war and expanding their territory, forge alliances with other players to defeat a larger more powerful kingdom, or simply explore the world and become a financial powerhouse.

With so many things to focus on in the game, Rise of Kingdoms offers diverse options for different kinds of players to play their own game. It is really up to the player to choose how they want to portray their kingdom much like in real life.

Constructing buildings, gathering resources, and recruiting troops consume a lot of time in Rise of Kingdoms. I especially despise the long waiting time for buildings to be completed especially when I am in a rush or if I feel like my kingdom is very vulnerable to attacks. Fortunately, there is another way to help boost the production and construction of my kingdom.

VIP Points are earned in the game to help increase the production and speed of construction and recruitment within my kingdom. VIP Points also help me with speeding up research at the Academy which will help me recruit more powerful units in the game.

Another way to get VIP points is by converting your gems. Gems are found all over the map and you can also purchase them through the Gem Store using real money. Gems are also used to purchase items in different in-game shops such as the Mysterious Merchant and the Shop.

Farming for Free Gems in Rise of Kingdoms

There are a lot of strategies involving farming for free gems in Rise of Kingdoms. I don’t have to pay a huge amount of money just to spend on buying gems when I can just play the game and farm for free. The trick here is to know where to farm for them.

Gems are very valuable in Rise of Kingdoms and it is important to know how you can acquire them without having to shell out real money. It will take a lot of time and effort but these gems are worth gathering as they will greatly help you in the game.

The first thing that I want you to do when you load into the map is to scout for Gem Deposits. There are two types of Gem Deposits: Level 1 Gem Deposits are rarely ever helpful to the game as they do not have bonuses and are quite unreliable in providing you with enough gems.

Level 2 Gem deposits are the best when it comes to producing gems. They often give 20 gems each and with a bonus that increases over time. All you need is to have a gathering commander on the Gem deposit and make sure that they harvest the gems immediately so you would get enough for the day.

Barbarians are always running around the wilderness in Rise of Kingdoms. They are a great nuisance especially if you encounter high-level barbarians in the game as they are quite difficult to deal with. However, they also provide a lot of advantages especially when you defeat one.

Defeating barbarians will have potential rewards and one of them is gems. The higher the level, the more chances of getting more rewards including gems. I always make sure that I attack barbarians that are higher than my level but not high enough that they would overwhelm my forces.

Now that you have a constant flow of gems in the game, it is time to expand your production to the maximum. The best way I know to do this is to research and upgrade the skill of your gathering commanders. Researching for skills can be done at the Academy and this will boost the production of your gems.

Now that you have built your Academy, research Cutting, and Polishing at the tail end of the Economic Panel.

This increases the collecting rate of my gathering commanders to 35% and ensures that I always get a good amount of gems from farming at a gem deposit.

Having a good amount of gems also ensures that I can research higher-tier troops faster.

One quick way to earn around 200 gems in Rise of Kingdoms is to connect your Facebook account to the game.

Not only do I have a good amount of gems in my pocket, but I also get to invite my friends from Facebook to join me in the game. This can lead to several more advantages in the game as I get to have more allies.

Make sure to connect your Facebook account the first time you log in to the game so you can enjoy the benefits. To bind your account, tap the profile picture at the upper left corner then select Settings. Tap on Facebook to bind your account and tap claim to collect your reward.

The main storyline of the campaign is loaded with different rewards. One of the best rewards involves gems hence playing the main story quests and completing them should be one of your top priorities.

Playing the main story has earned me around a few hundred gems so far so I suggest that you keep an eye on missions and quests that revolve around rewarding you with gems and finish them as quickly as possible.

One good mission that earned me a good amount of gems is leveling up my main Headquarters building.

Upon finishing this mission, I was able to receive a huge amount of gems after unlocking a new era for my settlement.

For players who want to support the game, you can easily get free gems once you purchase them through a package. Each package will have a special bonus of free gems so I suggest getting the highest package to get the best amount of bonus gems.

Be on the lookout for these special bonuses as there are times when the game randomly gives out double the amount of the gems you purchase as a surprise.

If you are planning on spending money in the game, keep checking the Gem Store for these surprises and set a schedule for when you purchase them so you can get the best out of your money.

There are a lot of special events that I can join that will help earn more gems in the game. Events are usually held every month but there will also be events that appear randomly in the game to surprise players. Make sure to join these events as much as possible so you can earn gems.

Some of my favorites are the Academic Elite Event where increasing my technical power by 16,500 would earn me 500 gems.

Another great event is the Ark of Osiris where I can get as much as 1,000 gems after getting 10,000 points from winning.

With so many events coming our way, the game is giving away gems for free so you should take advantage of them when they arrive.

Rise of Kingdoms is available for free for mobile devices on the Google Play Store for Android devices and the App Store for iOS devices.

With so many options to take, I recommend that you take your time in farming for gems in this game. Gems are quite important since they help you get VIP points that would later on speed up training, researching, and building your kingdom.

I hope that the tips above will help you get at least 1,000 gems per day so you can be on your way to building your empire. 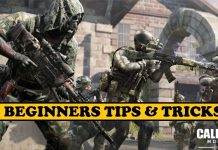