Valorant from Riot games is definitely one of the biggest things to happen for the gaming scene this year. Not only has the game seen an unbelievable amount of players, but also has managed to carve a Tier 1 Esports scene for itself. And a few months ago it was teased that the game was going to be ported over iOS and Android in early 2021. Recently ValorantExpress managed to find a few codes in the game files that hint towards an ongoing development progress of the game on the mobile devices. If the game actually gets ported to the handheld devices soon, this is what the future of mobile gaming might be.

Valorant VS CS:GO – Rivalry in the gaming world

alorant has already been garnering a huge fanbase around the world. And although in South America and Europe, it hasn’t yet established a consistent audience, It has already surpassed CS:GO in Asia and is constantly fighting it in North America. White the older version of Counterstrike called CS 1.6 is playable on mobile through reverse coding, there is no sight or no talk about the newer CS:GO coming to mobile, ever. Hence if Valorant actually manages to make the mobile platform work, we might be in for a treat for reasons beyond the game itself.

That’s all for this post folks! For more Valorant and other gaming news content, stay tuned with Mobile Mode Gaming! 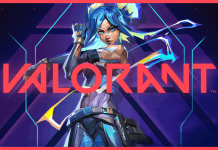 Discover How to Get Free VP on Valorant 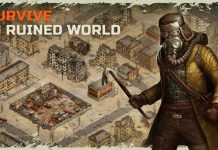 Day R Premium – See How To Get Energy