For players residing in the Americas, Europe & Russia, and Asia & Oceania regions the tournament will start from August 17th till September 21. The players need to showcase their skills in the in-game qualifiers. In these quests, you need to defeat the tricky bosses using your best 4 -tar champion.

All players will have three chances to reach the semi-finals the qualifiers will refresh at the end of each week. The bosses that you need to defeat are Silver Surfer in the Week 1, Captain Marvel in the 2nd week, and finally its Iron Man for the final week.

The eligibility criteria to participate are you must be in Lvl. 60 and must have finished  Act 6, Chapter 1 of the story mode. More information regarding the tournament can be found on the official site. Besides players can also track the high scores through the official site.

The criteria considered to decide winners include beating the opponent, hits received, fight duration, and damage per second. If no one can defeat the opponent then players who dealt most damage will advance. Players who are not eligible for the tournament can still participate. If they manage to beat the boss then they will receive rewards.

After the qualifiers semi-finals will take place in October across three matches. In this semifinalists will battle each other for victory. The final is all set to take place in November. These matches will be shared live on the game’s YouTube channel and social media.

Last year’s tournament garnered an average of 550,000 viewers from Marvel’s live stream. Marvel Contest of Champions is a free to play title that is available on the App Store and Play Store. 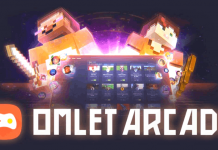