Zeptolab’s Cut the rope series and other Om Nom related games are everyone favourite but now they are back with a new endless runner Om Nom: Run where Om Nom and Om Nelle will be racing their way through the streets of Nomville. The game is now available for Android and iOS.

Its a complete ripoff of the very famous Subway Surfers but with the same running mechanics and avoiding obstacles, collecting power ups like rockets, coin magnet collector,etc. You can even unlock characters from Cut the Rope universe besides Om Nom and Nelle because they are the showrunner.

Run through different locations like the busy streets, messy rooftops, underground sewage tunnels or even a robot factory. Gain the highest score to top the leaderboard. If you want to check out Om Nom: Run go right away on App Store and Play Store 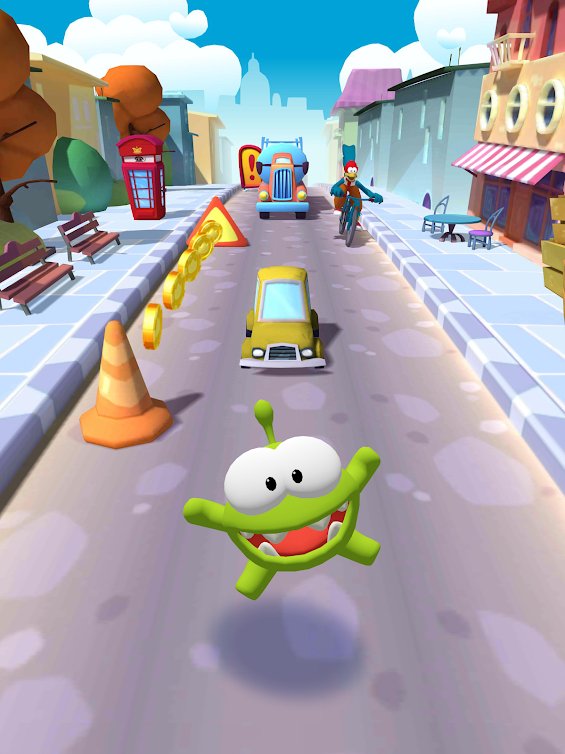