Election Year Knockout is a satirical take on the Presidential elections where Presidential candidates will have to knockout each other in the boxing ring to claim The Oval Office and free the United States Of America from “President Donald Thump”. The game is now available to pre-register on Android and iOS devices which will be releasing next week.

You will get to create your own political party but you don’t have to campaign around for votes but rather you will have to wear your boxing gloves and punch your opponents to achieve the supreme position. There are various political parody figures in the ring including Jab Bush, Uncle Joe, and Birdie Sanders.

Each opponent will present its own challenge and will have their own weaknesses and strengths. The game will be very funny with hysterically funny cutscenes and political jokes are mixed throughout the game.

You can your own fighter including gender, skin tone and hair color. Pimp the character with various boxing attire where you can choose from multiple patriotic styles. Use various boosts like Cup of Filibuster will allow you to punch almost forever. The veto boost will allow you to make one final stand but it can only be used once per match. During the launch there will be around ninety challenges which will test your skills. 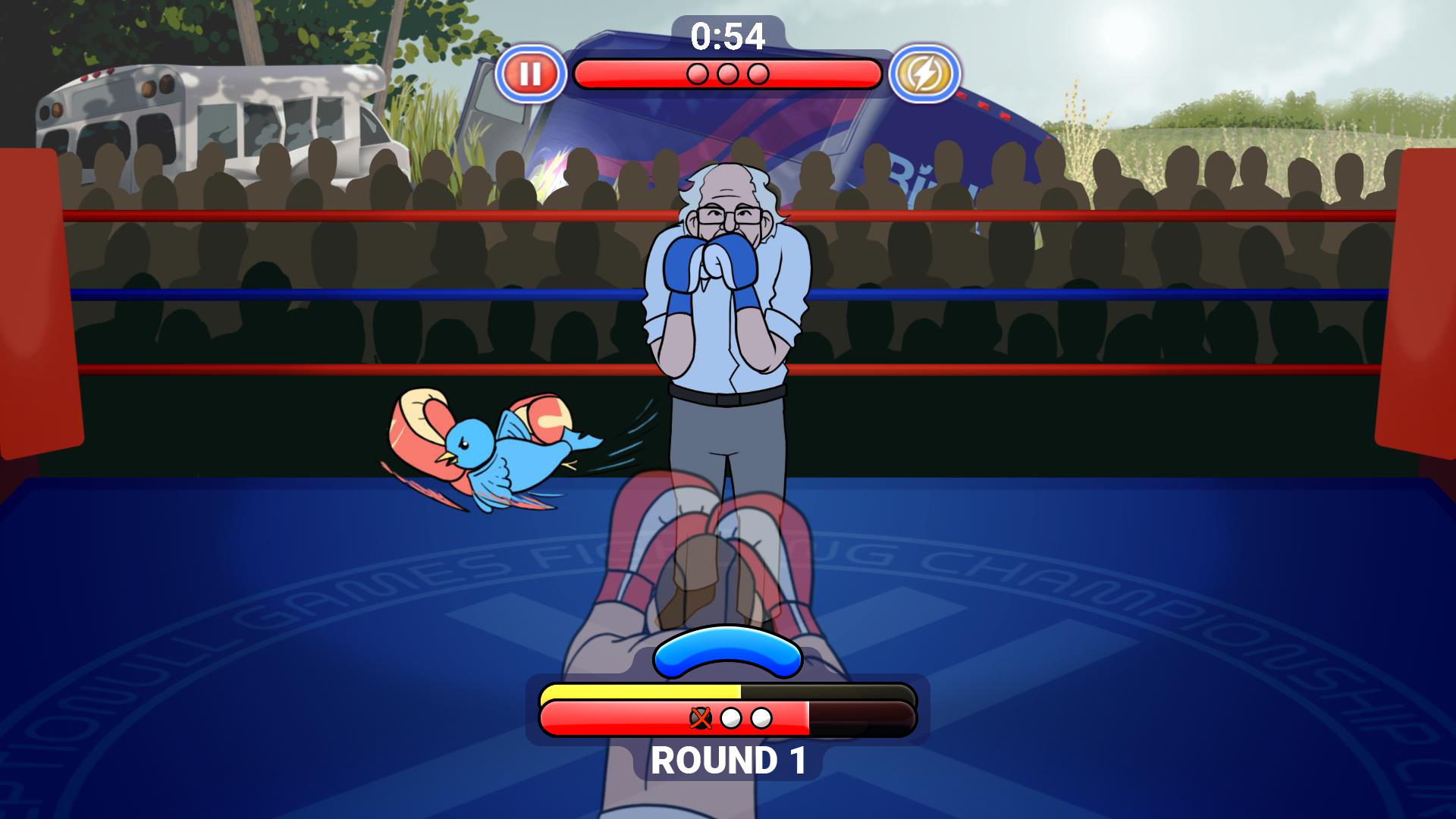