One Piece Bon! Bon! Journey!! is a match-3 puzzler based on an Anime series for Android and iOS

One Piece Bon! Bon! Journey!! is an upcoming match-3 puzzle game published by Bandai Namco Entertainment. It is based on a popular anime series, as of now there is no release date but the game will arrive on both the platforms this year.

The game is already available in Japan for quite some time now and has garnered a good response out there so the developers are planning to pushing it for a global release. The gameplay is pretty much simple where you have to much at least 3 characters in a grid. These characters are bonbon versions of One Piece characters. Once these characters are matched they fall off the grid and will start attacking various enemies. 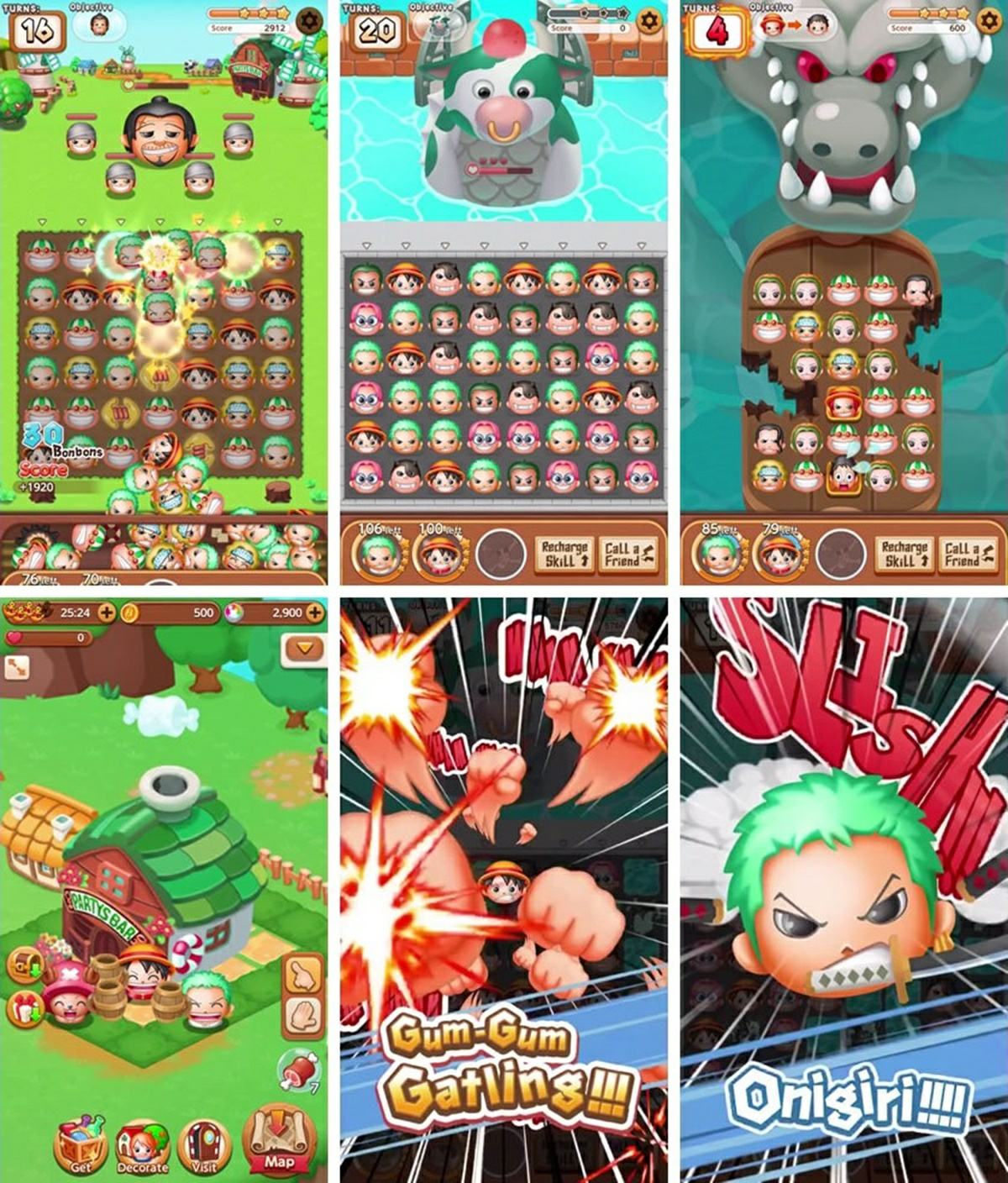 There are various cute bonbon characters from the series to explore. As you progress your way through the game you can even watch the famous scenes which have been recreated in the bonbon form.

You can even gain various skills which will give you an edge in the game. Besides that you will be able to create your own Bonbon island, collect different characters, invest in different buildings, build a new village. Bonbons will keep growing in numbers when you are not in the match-3 arena.

One Piece Bon! Bon! Journey!! will be a free-to-play title available on Play Store and App Store sometime later this year but you can pre-register it on their official website