The year 2019 can be said to be probably the best for the Mobile Gaming Industry. Thousands of new mobile games were released during the period attracting not only the non-games, but even the hardcore gamers are shifting to mobile gaming.

In 2019, mobile gaming was not just mere fun, loads of competitive tournaments took place, and Mobile Gamers is now a proper profession. Even the known eSports organizations have started announcing their mobile rosters for many games.

Anyways Competitive gaming is a topic for a different day, but today we are going to talk about mobile games that dominated Youtube in 2019, getting most views, likes, and engagement.

So recently, Youtube, in its latest ‘YouTube Rewind 2019’ video, has shared the viewership stats for some of its biggest games in 2019.

As per the stats revealed in the video, 4 Mobile games, namely, made it into the top 10 most viewed video games of 2019 on Youtube. Garena Free Fire topped in the Mobile Game viewership with a total of almost 30 Billion Views. Which was then followed by PUBG Mobile, Brawl Stars, and Mobile Legends: Bang Bang. You can check out the complete Youtube Review 2019 video below. 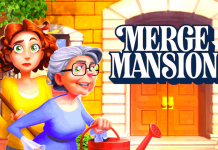