AFK Arena is a simple and fun idle RPG that lets you amass colorful characters to your team. Each character has their own set of unique skills that can help your team become the most powerful group and defeat various monsters along the way.

The game also features a fun campaign storyline and offers a lot of game modes and maps for every player to enjoy. However, learning to play AFK Arena effectively can be tricky. You’ll have to assemble a team of heroes that can overpower different kinds of monsters and adversaries.

Here’s how you can play the game efficiently, learn a few moves, how to get heroes, how to farm Hero’s Essence, where to get diamonds, and more with my guide below.

Focus on Playing the Campaign First

Apart from the tutorial in the game, AFK Arena’s campaign mode is one of the best and most important aspects of playing the game. The campaign features some of the best storylines, and I learn more about the game as I progress through the story.

I completed a few levels in this game mode and found out that I was able to unlock more features in the game. This includes many other game modes and another set of campaign levels waiting to be played.

Make sure that you play the game’s campaign mode first before you try anything else.

It’s a fun aspect of the game that teaches you all the basics while also giving you a lot of rewards for playing.

Amass New Heroes to Join You in Battle

Heroes are used in AFK Arena to attack enemies and win each level. During the campaign mode, I gather a lot of new heroes, and though they are low-level heroes, they are good enough to get me through the early stages of the game.

As I played even more games, I could amass new heroes to join me in battle. However, with so many heroes to choose from, it can be very difficult to pick which one is suitable for your team.

There are tanks, DPS, assassins, mages, and support heroes that compose the team, and depending on your playstyle and strengths, you get to create your own set of heroes as a team.

Avoid Rushing to Finish the Game

One thing that I noticed when playing with AFK Arena for the first time was that I like to rush the game a lot. I’ve also seen this in many new players.

Since the game is a lot easier in the early levels, new players tend to rush the entire level and get to the more challenging levels.

Players need to calm down and let the game flow organically. It’s called AFK Arena wherein you get to do other things while your heroes battle it out.

Sit back and relax. You’ll get your rewards once your team finishes the battle. Take your time.

Speaking of rewards, winning battles and clearing levels earns me different prizes, including resources such as diamonds, gold, Hero’s Essence, and more. I’ll talk more about Hero’s Essence and what it does later on in the guide.

For now, we’ll focus more on diamonds. Diamonds are often used to pull new heroes from the gacha system. Make sure that you use your diamonds to the full extent by pulling multiple heroes at the same time. This will help you save diamonds.

Additionally, many new players make the mistake of using their diamonds to purchase new gear for their heroes. Avoid doing this and waste your precious diamonds in the process.

Guilds are another feature that players can take advantage of in AFK Arena. This feature is often found in many other mobile RPGs but what makes the guilds in AFK Arena far more superior is the social aspect.

I was able to find a lot of players when I joined an active guild, and I was welcomed with open arms.

Many high-level players were also able to teach me how to play the game effectively and let me learn from them.

This feature is unlocked early on so I suggest that you join a guild and get to meet other players in the game. It’s a fun feature that also has a lot of benefits.

Upgrade Your Gears With Guild Tokens

Not only will you be able to meet other players and socialize with them, but guilds also provide a lot of benefits. This includes the ability to earn guild tokens which I always use to purchase hero gears instead of using the diamonds that I have.

These tokens can be earned when you participate in certain missions, events, and complete different tasks together with a guildmate. Guild tokens are a good way to achieve mythic gear, especially in the early game.

This often leads to having powerful heroes so you can coast through many levels before getting to the challenging rounds in the game.

How to Farm for Hero’s Essence

Apart from diamonds, gold, and guild tokens, there is also one other very significant resource in AFK Arena: Hero’s Essence. Hero’s Essence is commonly used to level up heroes.

This way, you get to have a powerful hero on your team and be able to defeat as many opponents as possible.

Hero’s Essence can be earned by going through the tutorial, or you can farm for gold so you can purchase Hero’s Essence at the store in Ranhorn.

Finish King’s Tower and Get Even More Hero’s Essence

This area is made up of 300 floors where you take your team of heroes to navigate through the different floors. On each one, you fight various creatures until you get to the last floor. Defeating all the enemies on each floor will help you earn rewards, including Hero’s Essence.

But there’s a caveat. You can’t restart a floor once you’re done with it. The best part about playing the King’s Tower is that you can take your time to finish this area which makes it the perfect place to farm for Hero’s Essence.

Learn About Hero Stats to Improve Your Heroes

AFK Arena incorporates different types of stats for different heroes making it one of the most diverse mobile games of all time. Tanks heavily rely on Defense and Health as well as Physical and Magical Resistance.

Meanwhile, DPS heroes should always have Attack and a little bit of Speed, Dodge, and Accuracy in them. Mages and other magic-wielding heroes should boost their Attack, Accuracy, and Speed if they want to attack first.

Meanwhile, support heroes tend to choose between Recovery, both resistances, Defense, and a little bit of Dodge.

These stats are important to note as they will affect the heroes on your team. One thing I always do is balance each stat perfectly depending on the role of each hero.

Use Your Best Skills Manually During Battle

The game is often played idly which means players can do something else while they leave their team to battle out the enemies in the game. However, there will come a time when you’ll need to give your attention to your team, especially when you’re facing a tough opponent.

The game does do a fair share of fighting for you but if you really want to effectively win each round, use your best skills manually during battle.

Learning how to play and enjoy AFK Arena is quite simple. All you need to do is to gather a group of the best and most powerful heroes and you’ll be able to defeat any opponents coming your way. Make sure to follow the tips I’ve given above so you’ll have the best heroes on your team.

Check out AFK Arena on the Google Play Store and the App Store to download the game. 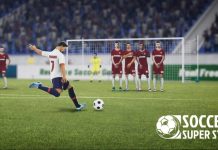 Soccer Super Star – Learn How to Get Coins