There was a time in my life when games were fun and easy to play. And then I came across some games that really aren’t for the casual player.

We all know games can be very stressful and frustrating sometimes but certain games test your patience, intelligence, and sanity. In this article, I’ll show you the hardest games in the world. See if you have played any of them!

There’s just something about old-school games that I find to be very interesting and unique. At first glance, one might think that these games are very easy to play considering the time they were developed and didn’t have that much technology to go around with.

This is where my fascination for gaming truly developed when I first played Contra. Contra is such a challenging game for many players and there’s a reason behind it. It is also the first-ever multiplayer cooperative game to be released.

You and another player get to run, jump and shoot your way through a series of obstacles and levels to reach the end and win the game. Pretty simple right?

What many players do not know is that Contra has the most complex levels and gameplay out of the games that were released at that time. Players are often faced with waves of aliens and obstacles that progressively become very difficult to dodge.

Playing Around Contra and the Famous Konami Code

There are some ways to get to the end of the game. I’ve noticed that most of the enemies move in a certain pattern. This is a telling sign that you can beat the game if you just learn the movement and attack pattern of the enemy.

However, you will still need a lot of hours of playing the game time to fully understand the patterns of each enemy for each level. If you don’t plan on sitting down and playing the game for hours, there is one other way to ease the difficulty and complete the game in no time.

The famous Konami Code can unlock more lives effectively allowing you to survive longer in the game. Nevertheless, if you want to stick to the game’s original difficulty without any help, Contra remains one of the most difficult games to finish.

Ghost ‘N Goblins is one of those games that aim to mess around with you. I was warned that the game is not only one of the hardest games in the world but is also one of the most frustrating games to play.

Not only does the game work against the player, it truly becomes a toil to play the game after some time. The first thing that comes to mind is that it only takes two attacks from the enemy before my character gets killed and I have to start all over again.

Enemies also come at you from every angle and can sometimes be very unpredictable. Now, here’s the part where things get frustrating. The game provides you a lifeline however, it only runs for some time, probably around three minutes or so.

If you have not finished the level before the time is up, you end up losing your life and going back to the start.

But Wait, it Gets Even More Frustrating

The most frustrating part of the game is near the end where I was required to get a weapon to defeat the final boss.

The game doesn’t let me get to the end if I have not obtained such a weapon so many players find it frustrating that the game keeps on looping back to the final stage without you progressing to the final boss.

The final kicker to this game is at the end. Once you’re done with the boss, the game then tells you to start the game all over again but this time, in a much more difficult setting. I thought I was able to beat the game only to find out that I have to start again with all the frustrations.

There are some games that you shouldn’t be playing if you are not an experienced gamer. Playing these difficult games means gambling with your sanity.

One of which is Dark Souls. Dark Souls is the first game of the series but is also one of the hardest games that you can ever play. The game features difficult levels and enemies that are very hard to kill.

Not only that, enemies can destroy your equipment and gear alongside the upgrades you’ve made with them. Getting through each level feels like moving around a dark horrifying maze.

Everything in the game is built to tear you apart. From the ghastly monsters that wait for you on every corner down to the challenging levels and bosses.

I also forgot to mention that Dark Souls also has an online multiplayer feature where other players can kill you.

For the sake of your sanity, just steer clear of this game.

I’m a bit biased when it comes to multiplayer online battle arena games. They are one of the most difficult and highly frustrating games to play since there are a lot of factors that contribute to your overall success or failure.

While most of the titles that I have mentioned on this list, Dota 2 is probably the only MOBA game that I will be listing down due to the sheer complexity of the game. Dota 2 pits two teams of players into a battlefield.

Each player plays a different hero in the game each with their own set of unique abilities. The game also incorporates fog of war which obscures your vision of the map as you try to explore it. The game’s intricate item system also makes it a very daunting experience for new MOBA players.

Now, here comes the reason why many, if not all MOBA fanatics would agree with me that Dota 2 is one of the most difficult games in the world. The added random factor of playing with others. Playing with other players makes the game even more complicated.

A Complex Game With Strangers

While there are a lot of mechanics such as pulling, warding, last-hitting, and many others, the fact that you get to play with four other random players brings a certain level of chaos into a game where you need teamwork to win.

This is one of the reasons why many seasoned Dota 2 players want to play with a friend or another player that they are accustomed to playing with. With that, this makes entering and playing Dota 2 a very tough hill to climb especially if you are new to the genre.

To mitigate this, Dota 2 has some of the best tutorials in the game. The Dota 2 community also recognizes the game’s complexity and provides guides and basic tips to make the game more enjoyable. Check out some YouTube videos on how to play the game to make your time with Dota 2 better.

You might have already come across this game on social media or have played the game itself. If you do, you know what I’m talking about with how frustratingly difficult this game is.

I first started playing this game a few years ago and from the beginning, all I needed to do was maneuver the flappy bird across different obstacles to get to the end. It may be simple to do on paper but controlling the flappy yellow bird is far more difficult to execute.

A Simple Yet Mechanically Difficult Game

I either bump into an obstacle at the slightest angle or simply fly off-angle. Hitting an obstacle meant going back to the starting point and this can be very heart-wrenching for players if they have gone all through the tougher areas only to hit the last obstacle of the level.

The game takes a lot of patience and control to get to the end. So, if you are looking for a challenging game that you can spend countless hours on or if you just want to lose all of your hair from pulling them out of frustration, play Flappy Bird and you’ll know what I mean.

Kick the Buddy – How to Get Gems 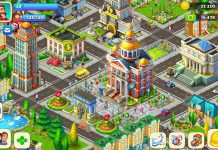 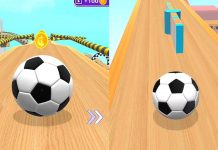