With the recent major updates coming to PUBG Mobile, players are treated to a wide selection of game features that were not yet available or fully updated in the game’s previous versions.

PUBG Mobile has had an awe-inspiring following worldwide, and with its continued rise to popularity, more and more features are getting updated in the game. One such feature, which is the article’s topic, is the inclusion of custom rooms into the PUBG game.

I have played the game a lot in the past, and one of the few remaining features that I wished were added into the game was custom rooms, so I was excited to learn that this feature forms part of the latest edition of the game. In this article, I am going to teach you the following:

What Is A PUBG Custom Room?

There are numerous times when I play PUBG with my friends that I wanted the ability to invite them over to a private and more exclusive game. Where only me and my friends can play together without any unknown players joining the game, this is where a custom room comes in handy.

Imagine playing a match with all of your friends in that one session without dealing with random players on the map – that’s how custom rooms work and should work. However, there are also far more interesting reasons why custom rooms are important in this game.

Nevertheless, custom rooms are player-made lobbies where a host creates a room, invites players over, and can change different settings for the game based on how they want to play. Whether they play a solo match or in teams, custom rooms allow players to set their own rules for that particular match.

In custom room matches, the host can name the room and pass along the Room ID to other players; however, the host can also set up a password to prevent random players from joining the lobby. Any player who has the Room ID and knows the password can join the room.

How To Join A Custom Room

Joining a custom room is much easier than setting up one, so I will be instructing you first on how you can join a custom-made lobby in PUG Mobile.

First, you need to go to the Custom Lobby to find all the active rooms made by players in the game. To join, all you need to do is to choose from the long list of available rooms that are being displayed on your screen. However, some rooms have set up some restrictions to prevent players from joining that specific room.

You can invite your friends into the room as long as you are already friends inside the game. To start, I would access the Customize Match option at the bottom left corner of the main screen to get into the list of custom rooms available in the game.

There should be a Create Room button at the lower right corner of the screen to create the room. Upon entering, I suggest that you try to set up your Room’s name so that your friends can easily recognize it.

I would also recommend that you set up a password since you do not want other random players joining your room. By then, you can invite your friends over and wait until the room is full. In the lobby, I can even change the game mode that we like to play and the map that we want to play on.

Why Would You Create A PUBG Custom Room?

Many of us would often wonder why there are many custom rooms created in this game when there are game modes ready to be played alongside many other people. I would also be asking the same question, but when I made friends in this game, I finally found the answer to why players create their own room.

The simple answer would be to have a more personalized and private playroom for my friends and me. However, there are a lot of reasons why players create their own room. Some players want to invite or challenge other players in the game without dealing with other random players, so they create their own room and invite specific players into their matches.

Most tournaments also happen within these personalized and individual spaces, making custom rooms even more important in the game. I also want to test things without having to bother a lot of players in the game.

Some might think that creating a custom room is very easy in PUBG Mobile. However, there is one requirement before you can create your own custom room. You will need a Room Card.

So the question now is, how do I get access to this Room Card? There are two ways in which you can get access to a Room Card. The first option is to purchase a Room Card for 600 UC and level up your RP and your rank.

Now before you raise your pitchforks and say that the game does not allow free use of the custom rooms because you will need to purchase a Room Card. There are many ways for you to get a Room Card, and PUBG Mobile knows that many players are interested in using a custom room so they devised different ways to allow players to get Room Cards and make it very accessible.

Getting A Room Card In PUBG

Another way to get a Room Card is by joining a clan and purchasing one through the Clan shop. First, you need to go to the Clan tab situated at the bottom left corner of the Lobby Screen and tap on Shop.

Select Room Card, and you can purchase it for 300 Clan Points but note that it is limited to one use only and would then disappear after the match.

Why Are Custom Rooms In PUBG Important?

There is a lot of argument between players on how important custom rooms are for the game.

One argument from players that I’ve seen is that the game already has different game modes for players to enjoy, but players still want to have custom rooms to promote a more personalized and private game with their friends.

Apart from that, many professional players and even those who wish to improve their game would want to practice through custom rooms against many other professional or highly-skilled players.

This would help them refine their skills and even try out different strategies in the game.

A Community Of Players In PUBG

Custom Rooms are highly important in PUBG Mobile. They promote a sense of community within the game. The entire concept of custom rooms brings a whole community of players together to play and enjoy the game.

While many might not talk to the next player apart from saying the occasional “ggwp” or the usual trash talk, custom games played in these rooms create a camaraderie, especially in groups of friends and other players who want to bring together different people.

As one of the best survival shooter games in the mobile genre, PUBG Mobile enables many players to play different game modes.

One feature that truly shines in this game is allowing players to create a custom room for them to share with their friends or challenge skillful players to test their mettle. This promotes competition in the game and indicates a sense of community for all the players.

How to Get Free UC in PUBG Mobile 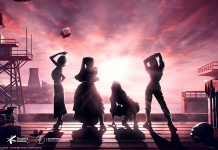