PUBG Mobile new season is arriving along with it comes new UMP-45 skin that is free to redeem. PUBG usually gives away skins often to delight the players.

Now they have come up with a redeem code that gifts players a free Rugged Orange UMP-45 skin. This skin will look great on the gun. You can also check out other rewards in the Royal Pass of Season 14 here.

The code is working as of now but will be in limited numbers so players need to hurry to get their hands on the skin. You can follow the below steps to redeem the code.

The skin once redeemed will be valid for three days. After hitting the redeem if it shows ‘the redemption limit reached,’ then it means the limit is crossed and you have to wait for next time. So hurry up and grab the skin now.

How to Get Free UC in PUBG Mobile 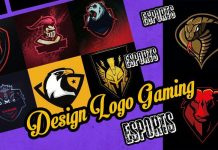 Learn How to Get Diamonds in Geometry Dash Lite

Learn How to Play Dota 2 Offline

Learn How to Get Diamonds in Geometry Dash Lite

Learn How to Play Dota 2 Offline