PUBG Mobile boasts an impressive arsenal of Assault Rifles. However, for beginners, it can be hard to decide which one they should choose. Moreover, AR is quite challenging to use, requiring a considerable amount of practice, thanks to its insane recoil. This is the reason why many players prefer to stick to the SMGs as their primary weapon of choice. However, it can be tough to defeat an opponent, especially if the opponent is using ARs like the AKM or the Mk14.

For those of you who are not comfortable with using an AR, M416 might change your mind. This AR is an extremely versatile weapon and quite easy to use as compared to other ARs in the game. The gun uses 5.56mm ammo and has a magazine size of 30 bullets. It has two firing modes, namely the full-auto mode and the single-shot mode. The gun can be turned into a sniper by switching on the single-shot mode though it is not as good as an actual Sniper Gun in hitting long-range targets.

The M416 has 5 attachment slots. Choosing the right kind of attachment will reduce the recoil of this gun, making it stable and more comfortable to use. Given below is a list of attachments you should use for the M416:

It is better if you use the Extended QuickDraw magazine for M416. It increases your magazine capacity by 10 bullets. However, this applies to all weapons in the game. But, they can be a bit hard to come across. In case you don’t find one then you should use the Extended magazine.

Many players have a split opinion as to which grip is best suited for the M416. Some say it’s the Half grip, and some say it’s the Angle grip. Both the grip helps in reducing recoil, but if you are a beginner, then it would be best if you use the Vertical foregrip. The Vertical foregrip is excellent for reducing vertical recoil of the gun; thus, increasing its stability.

For muzzle, you should always go for the compensator. Compensator, along with the Vertical foregrip, will help to make the gun more stable with having little to no recoil. Suppressor and Flash Hider is pretty much useless in the game. They don’t make you invisible in the eyes of your opponent. A good player will always be able to spot your location. So it’s better to fight head-on.

The most preferred combo for the scope is the Red Dot and the 4x. You can use the Red Dot for close-range combat and the 4x for mid-range combat. However, if you don’t have enough space in your bag for two scopes, then you can go for just a 3x.

Also Read: PUBG Mobile is Giving Away iPhone 11 Pro and AirPods – Here is How To Win

With the above-mentioned attachment, the M416 will feel like an SMG because of its low recoil. You can add a tactical to reduce its recoil further. This gun is used by the likes of Sc0ut and MortaL. If you are still not convinced to use the M416 as your primary weapon then you can try it for yourself with the said attachments in this guide. 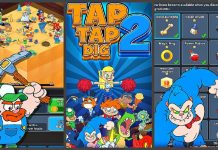 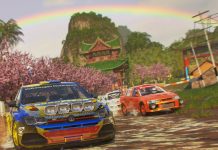 Find Out How to Get Good Rewards on Lords Mobile

Find Out How to Get Good Rewards on Lords Mobile