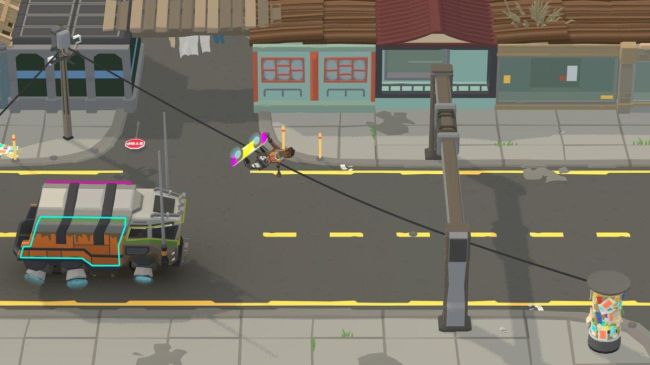 Repulsive is a stylish hoverboarding game from Punk Labs where you will get to play with your hoverboard and glide around in town performing various tricks over vehicles above the roofs of various houses and so on. The game is expected to release for iOS on 20th March.

The game takes place in a dystopian era where you get to perform tricks around the city around cyberpunk like objects, it looks really smooth as you can see from the trailer and the camera zooming in and out makes it look pretty dope also it has a chill synth-hop soundtrack which just completes the game. There are many hidden challenges to complete as well as various characters to unlock.

There is much more to explore if you choose to free roam and it is designed to be a super chill game so you don’t have to rush into completing the game. Repulsive will be a premium title which will include no ads or IAP’s to disturb you and it is set to launch on March 20th and you can pre-register it on App Store.