I always wonder how a game so violent and so brutal can be as beautiful as it is interesting. I’m of course talking about the God of War series and its titular character, Kratos. Kratos is best described as a man whom you do not want to cross.

Even the gods of both Greek and Norse mythology fear his name. He has impaled, maimed, beheaded, and done many other violent acts to both mythical creatures, demigods, and even the gods themselves.

Check out the gods that Kratos has defeated in God of War.

God of War tells the tale of Kratos on a path of revenge against the gods of Greek mythology. After getting tricked by his former master, Ares, who is the god of war, into killing his family, he sets off on a journey to rid the world of all the gods, especially Ares.

Later on, in the series, the games introduce us to his son Atreus while Kratos is on a path of redemption after all the killing he has done in the past few games. However, this also results in a conflict with the gods of Norse mythology which continues his battles against powerful gods.

When I heard about God of War, I felt like it was such a generic game to play but my impression was wrong when I finally finished the first game. I truly think that God of War is one of the best action-adventure games out there filled with varying gameplay mechanics and a compelling storyline.

The series has gone on to eight games and a planned ninth game is currently in development. In the game, I encounter many different gods and mythical creatures and while some might think that the gods are invincible, they can be killed.

Get to Know Kratos

If there is one character in any action-adventure game that is brutal and violent, Kratos takes the cake. He is depicted as a muscle-bound Spartan warrior with an ash-white complexion earning him the title of Ghost of Sparta.

What I like about the character apart from the brute force and his stoic, bloodthirsty nature is his journey across all the games.

He is commonly depicted as a vengeful warrior in the early games but in recent games, he sheds some of the violent tendencies and shows us a broken man seeking redemption for his past sins. This to me makes Kratos a character to root for and a character that we can all connect with.

Poseidon – God of the Sea

Poseidon was one of the gods in God of War that was kind of benevolent during the early games. He would care for the mortals that worshipped him and often grant passage to sailors by giving them a calm sea to sail.

However, things took a darker turn in the third God of War game when he was infected by the evils of Pandora’s Box. With his devastating powers of creating massive waves, manipulating ice, and even creating electricity over water, he became a menace in the first act of the third game.

Poseidon still had control over his body even though he was slowly succumbing to the evils of Pandora’s Box.

Kratos was able to kill him by snapping his neck while he was in his human form.

Athena – Goddess of War and Wisdom

Kratos’ rampage was far from over after killing a few of the gods he had crossed paths with. He has been so consumed with his rage and bloodlust that he wanted to destroy Olympus altogether.

Despite being an ally in his quest for revenge, Kratos accidentally kills Athena with his blade as Athena struggles to contain Kratos in a bid to stop him from his vengeful mission.

It was one of those surprises in the game that truly made me feel like no god is safe, especially not from a man that is driven by hate, anger, and revenge.

Ares was the titular god that started all this mess, however, it wasn’t long into the first game before we found out that Kratos was able to forge a weapon with the help of Athena that could kill gods.

Ares was deceptive and very good at manipulating his enemies which also made Kratos kill his family. However, it wasn’t until his second encounter with Kratos that he finally met his demise. One would think that killing the god of war meant that the game would end.

This was just the beginning when Kratos announced himself as the new God of War and is on a warpath against many other tyrannical gods of Greek mythology.

Hermes – Messenger of the Gods

God of War takes a lot of liberty when it comes to their depiction of the Greek and Norse gods. In the first few games where the story focuses more on the Greek gods, the series depicted Hermes as one of the most despicable characters in the game.

He would taunt Kratos most of the time and then hastily leave before Kratos could get to him. The game depicted Hermes as a jerk who just loves to torment our hero. However, Kratos would later be able to get to him when was able to destroy the statue that Hermes was supposed to land on.

He would later cut off his legs in true brutal Kratos fashion and grab his boots to give him a speed boost in the game. Technically, Hermes was never killed but the satisfaction of him getting defeated was enough for me to put him on this list.

While many thought that Zeus was one of Kratos’ allies in the game, it turns out that Zeus, Kratos’ father, had betrayed him.

Many of Kratos’ issues stem from his relationship with Zeus and this was brought to the forefront by the climax of the third game.

Two of the best characters in the game confronting each other ultimately led to one of the best battles in the history of the game.

Of course, our hero bested Zeus in a fistfight and was able to exact revenge on all the troubles Zeus has done to his son.

Hera didn’t capture a lot of my interest as a goddess in the game. She was mainly a side character that was there to offer some information about Zeus.

And while she may have the miserable jealous wife storyline, her character felt like there’s still more to her than what I got from playing the game.

In the end, Hera committed a blunder after insulting Pandora that ended up with Kratos snapping her neck.

Hades – God of the Underworld

Obsessed with stealing the soul of Kratos, Hades has always been a prominent figure in the early God of War games.

We get to see his frightening and hulking figure in the first game and has had some upgrades by the time we see him in the sequels.

Hellbent on getting the soul of our hero, Hades tries to ensure that he gets the soul of the warrior only to be murdered by his weapon after Kratos rips Hades’ soul from his body.

Persephone – Goddess of the Underworld

As the wife of Hades, one would think that Persephone would be a very mild-mannered goddess who would be friendly towards our hero.

I guess I was wrong when I got to meet her as the final boss in God of War: Chains of Olympus. Donning a full armor with wings, she swoops in and out of battle very quickly leaving no chance for an attack.

However, Kratos outwits her with the use of a weapon called the Gauntlet of Zeus to crush her to death.

Helios – God of the Sun

Helios’ demise in the game is probably one of the most brutal scenes I’ve seen in any video game that I’ve played.

It isn’t long before players are able to face off against the god of the sun and by that, I meant one of the most powerful gods in this universe. Strangely enough, he was defeated by tearing his head off from the rest of his body.

What made this such a violent act is that players would have to dictate the way Kratos would pull Helios’ head off by toggling the buttons.

In an angry fit of revenge, Kratos bests Thanatos in battle and then rips his chest open then plunging his weapon into this open chest.

In the series, Kratos is a character who starts on a vengeful killing spree that later spun out of control with his bloodlust.

While his unrivaled rage might get him into trouble at times, it is always fun to see how each game unfolds and how this amazing character continues to be one of the most beloved video game characters of all time. 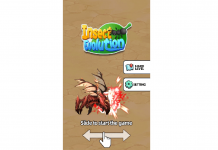 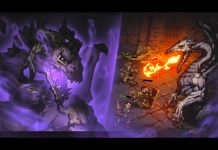 Darkest AFK – How To Get Diamonds 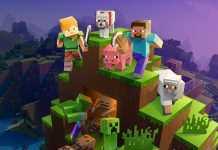