You might have already noticed this game on social media or you simply discovered it through your friends. No matter where you found it, High Heels! is a highly entertaining mobile game.

The premise of the game is very simple which makes it easy and fun to play. Get to the end of each level with your high-heeled shoes on and avoid as many obstacles as much as possible.

If you think that’s easy, wait until you get to play the game. Read on to learn more about High Heels! and how you can get free diamonds.

High Heels! is a fun but deceptively challenging game to play. Players will control a character as she walks down a runway. She slowly collects high heels along the way which elevates her to a certain degree incrementally.

You will need to collect as many heels as possible to elevate your character above obstacles. You will lose a few inches if you hit obstacles until you are left with no heels at all. Hitting an obstacle without any heels on will knock you out of the game.

If you miss the landing on each platform, you fall to a bottomless pit and you end up restarting the level. Get to the end fast with your heels intact and receive a ton of rewards.

High Heels! is available for download at the Google Play Store for Android devices and the App Store for iOS devices. To download, search for the title of the game first and tap ‘Install’ or ‘Get’.

Wait until the game is fully installed before launching it by tapping ‘Open’. The game also offers in-app purchases and contains ads.

How to Get Diamonds

Apart from getting to the end, there are also some objectives that you need to accomplish at each level. Diamonds are the in-game currency used in High Heels! You can collect them at the end of each level. You can also pick them up as you go along.

The game will calculate all the diamonds you have to collect once you reach the platform at the end.

However, if you want to get more diamonds, I would suggest that you collect as many heels as possible to elevate your character and reach the highest platform. The higher you reach, the more you will receive diamonds at the end.

If you only have a single heel upon reaching the final platform, the game will only multiply the diamonds you earn by two. Those who reach the final platform with the tallest heels will enjoy 6x more diamonds. This is why collecting heels and losing only a few is important in this game.

Get Even More Diamonds

While I highly advise that you try to play the game as much as possible, I’ll share with you a little secret that I discovered while playing the game. This will help you get even more diamonds to spend on later in the game.

Once the game calculates all the diamonds that I’ve received after each level, there is an option to watch an ad. Tap that option to watch a video ad and at the end of the video, you will receive a bonus amount of diamonds to add to your stash.

I usually do this when I need diamonds to purchase those beautiful costumes.

Collect Keys for a Surprise

Within each level, I noticed that other things need to be collected apart from diamonds. There are also keys waiting to be picked up. I always wondered what they were and discovered that they were keys to open chests.

There are about nine chests waiting to be opened with the use of those keys. Collect at least three keys to open those chests.

Within those chests, you can either get even more diamonds or a special outfit that you can use for your character.

The rewards within those chests often come randomly. You can’t control or choose what’s inside the chest. Sometimes, I don’t like the rewards so I would just accept them and move on which can be a waste of keys.

If you don’t like the rewards that you’ve been getting, you can always watch another set of videos within the app.

The outfits in High Heels! are equally fierce and fashionable. I would certainly want one of those special outfits for my characters. To unlock new outfits, I would have to purchase them using the diamonds that I have collected throughout the entire game.

Most of the outfits cost around 600 diamonds so make sure to get those multipliers at the end of each level.

There are so many designer items to purchase in this game including buckles, necklaces, and even angel wings. I can even find designer heels with different colors and themes that will suit my style.

Do a makeover by getting the fanciest outfits and the nicest shoes that you can buy with your diamonds. They might be very expensive so keep playing the game and collect those diamonds. I can also watch another video just to get the perfect outfit offered to me at the end of each level.

Stay in the Middle

Playing High Heels! Is made even more difficult with obstacles blocking your way. There are certain blocks with different elevations to contend with. But, there is one obstacle that I find very difficult to cross which is the tightrope.

In dealing with the tightrope, I need to find the perfect spot in the middle of the tightrope so I can balance my character around to cross it. This can only be done if you have enough heels to work with.

To add more challenge, you also need to hop over another tightrope and make sure to land in the middle. Sometimes, the distance between each tightrope changes as you progress so staying in the middle can become challenging.

When traversing tightropes, I recommend that you try to keep your character still. Avoid moving your fingers a lot on the screen.

This will only tip off the balance and throw your character off the tightrope and to its doom down below.

Practice staying calm and hold the screen as tightly as possible. Any wobbling can immediately be the end for your character.

Getting to the finish line is easier said than done. There are a lot of obstacles to cross over and sometimes, the heels I collected might not even be enough to land me on the top platform. This is why having quick hands is key to ensure that I don’t lose a lot of heels as I hit the blocks along the way.

If there are areas that you can cross without having to bump into an obstacle, take it as much as possible. Avoid losing a lot of heels especially near the end where the game becomes challenging.

Make them as high as possible so you can reach the top platform and get a huge amount of diamonds at the end.

Choose the Least Amount of Obstacles

Speaking of obstacles, you will encounter different levels in each lane. Some might have just one block while others often have two or three blocks.

Make sure to choose the least amount of obstacles if you have no choice. As I’ve mentioned above, if there is an opportunity for you to avoid bumping into an obstacle, always take that route.

Sometimes, it is inevitable to lose a few heels and that’s fine as long as you lose the least amount of heels as possible.

Collect as Many Heels as Possible

With that in mind, I highly recommend that you collect as many heels at the start of each level as possible. Collect all heels from each lane before things become more difficult as you progress through each level. It is normal that you will lose one or two as you cross obstacles.

Starting with a lot of heels gives you an advantage as you can afford to lose at least two or more heels along the way and still get to the end.

The game will surely reward you with a lot of diamonds once you can land on that final platform thanks to your heels.

High Heels! has taken off as an entertaining and fun mobile game to play. The game itself has been transformed into an internet meme which made it even more popular all over the world.

With its popularity continuously rising, you surely do not want to miss out on the fun especially when you’re wearing High Heels! 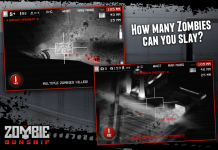 How To Get Money And Ammo In Zombie Gunship 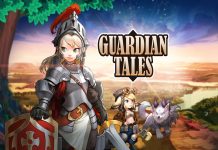 Guardian Tales – How To Get Free Coins 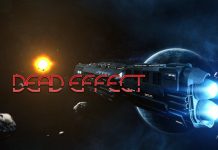