The Final Fantasy games have been one of the most iconic series in video game history. The games helped define the genre that is JRPG, or Japanese role-playing games, and is one of the longest and most beloved video games series of all time.

Sometimes, you don’t need spectacular graphics or plot twist-heavy storytelling to make a great video game. All it takes are likable characters that you can root for and good gameplay that promotes good fun. This is what Final Fantasy VI is all about.

In this game, players take control of Terra Branford alongside her friends as they take on the evil jester Kefka from ascending as a god and destroying the world in the process. The steampunk world design and pixel animation is so nostalgic to me that it felt like I was transported back to the late 90s.

Noted as one of, if not, the best Final Fantasy game of all time, Final Fantasy VI is heavily praised for allowing its myriad of characters to shine, especially in the first half of the game. It also added a whole new level by providing players the freedom to finish the game however we liked. This move allowed the game to be replayable and still be enjoyable.

I would argue that Final Fantasy VII should top this list as the best Final Fantasy game ever, however, there is one glaring issue about this game that many fans often want to overlook. The game’s brilliant storytelling follows the story of Cloud Strife in his battle against the evil corporation Shinra that plans on using the planet’s natural resources.

But despite its very popular standing on many people’s lists, there’s one thing that truly dampens my experience in playing the game: the graphics. The transition from 16-bit to 32-bit was a glaring issue. It was still innovative at the time but when you look back, the experience and the entire game don’t hold well.

This is probably the main reason why Final Fantasy VII was the prime candidate for the remake announced in 2015 that made its debut in 2020. If we are going to consider the 2020 version, then Final Fantasy VII is the greatest of them all but, since we’re talking about the original version of the game, I decided to put it just below VI.

The story is told through the lens of another character making it even more effective as players get to experience what it feels like together with the characters. The game follows Tidus in his quest to defeat a destructive monster called Sin.

There’s also a lot to look forward to in playing the game. The turn-based combat system will surely appeal to old school fans and the sphere grid makes for an interesting leveling system. And finally, Final Fantasy X has one of the best voice acting in any game – period.

At this point in the series, Final Fantasy has already embraced the sci-fi aspect of its universe. I wouldn’t blame the developers for doubling down on the sci-fi side of the franchise as it brought upon unique changes.

However, many fans felt like it strayed away from the original medieval fantasy roots and I share the same sentiment. Fortunately, Final Fantasy IX delivered on the promise of bringing the series back to its fantasy roots. The game felt very refreshing after two experimental games that wanted to shake things up within the franchise.

Everything about Final Fantasy IX brought me back to all of the reasons why I loved the game in the first place: likable characters, good old fantasy setting, great music, and everything else in between.

Every Final Fantasy fan knows of the colored history of Final Fantasy XIV after the fiasco that happened during the game’s launch. The game faced a lot of backlash and the developers even had to make a public apology. I can easily recall how disappointed the fans were at the state of the game when it was first released.

Fast forward three years later and Final Fantasy XIV was relaunched. Everyone waited with bated breath about how the new release would go and by the time A Realm Reborn was released, Final Fantasy XIV became one of the most beloved massively multiplayer online (MMO) games.

The game’s storyline is one of its strongest suits alongside its well-designed characters and expansive setting. The release of Final Fantasy XIV is the ultimate cautionary tale for any upcoming developers to always listen to the feedback coming from their fans and the gaming community.

It’s quite bizarre that XI has managed to last this long without gaining much traction from the public. This MMO continues to receive updates from the developers and has remained to be a very compelling world to visit. There have been five expansions throughout its life so far and I think there’s more to come.

What makes Final Fantasy XI rank towards the bottom of my list is that it doesn’t offer anything substantial or unique. The game doesn’t take much of a leap but I can understand that the developers don’t want to rock the boat too much and risk losing everything for their first foray into the MMO genre.

When you think of Final Fantasy, everyone knows that the games are always going to be top tier. There’s not a game on this list that has been subpar thus far and while there have been a few misses in the entire series, every game on the list has been topnotch in quality.

However, the only game that I can probably put on the lowest rank in the series would have to be Final Fantasy XV. It’s more of a personal opinion as the game is the very definition of vanilla. It’s not bland but everything from its characters, storytelling, villains and setting is just okay.

There’s nothing awesome that sticks out from this game and with that, it gets lost in many people’s minds, even if this is one of the more recent games that the studio has released. If I have to say something bad about the game, it’s probably the integration of real-time combat that long-time fans did not ask for.

Final Fantasy had the edge by debuting on PS3 and the Xbox 360 way back in 2009. This ultimately meant that the game was at its peak in terms of graphic quality. The environment felt very realistic and the combat felt very fluid.

And that’s probably the only thing that I can praise the game for. The issue with Final Fantasy XIII is that it doesn’t showcase anything unique. The game does have a great visual upgrade but everything else felt like a downgrade.

The active battle system felt simplistic and the storyline was very linear to the point that I got bored fast with the game. This version of the game made me wish that it would end quickly or that I could just set the game to auto-battle.

Even to this day, there are still many who have not played any of the Final Fantasy games. If you’re looking for a good place to start playing Final Fantasy, look for these games but I highly suggest that you take a look at the remake of Final Fantasy VII to bring you into the world of Final Fantasy.

Elevate your experience later on by playing the best of the bunch with Final Fantasy VI and you’ll wonder why you haven’t been playing this series all along! This overview of the best Final Fantasy games should give you an idea of the right places to start playing this super popular JRPG.

Most Popular Mobile Games In 2021 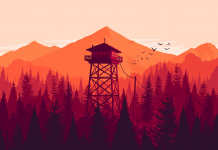 Discover the Most Downloaded Games for Mental Relaxation