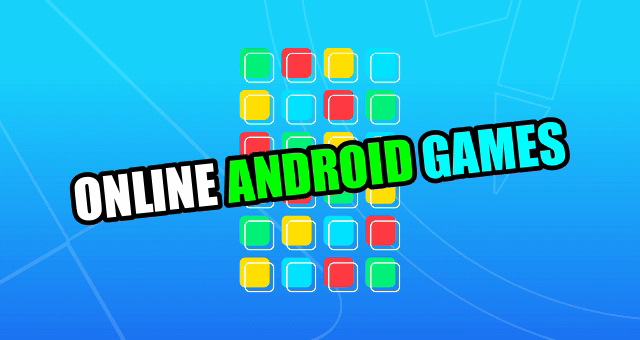 We won’t bother you with the news and updates about Coronavirus, but as well all know that it is essential for all of us to stay at home and keep ourselves safe. But obviously, if you are at home and have nothing to do, then at some point you start getting bored. And this why we are here with the list of Top 5 Online Android Games, which you can play with your friends during this Coronavirus Outbreak, which will connect you with your friends, and you can have a little fun during the time of crisis. So let’s Begin:

It is a straightforward 2D Soccer game that challenges you to take part in a duel where you will compete in 1 v. 1 to score more goals against your opponent in a 90 Second match.

Head Ball 2 features over 50 different characters, which are inspired by famous soccer players. The game lets you customize your character with a ton of different t-shirts, glasses, hats, and other accessories.

Stick Cricket live is a treat for all the cricket fans; in the game, you will indulge in thrilling rounds. In the game, you will fight against players from all over the world. Win matches to unlock new material and help yourself to become more effective in the upcoming matches.

The graphics of the game are pretty decent. The controls are simple; all you have to do is tap the right or left arrow. With Stick Cricket Live, you’ll have to play your best to get more points than your rival in each one of the rounds that make up each game. If you manage to out-score your competitor, you’ll win and climb up the world leaderboards.

Previously named as PES 2017 Pro Evolution Soccer, this game by KONAMI has over 50 Million Downloads on Google Playstore alone. eFootball PES 2020 is the latest version of the game for android. Unlike other football games here, you get to control every player on your team when you are in a match.

The gameplay in eFootball PES 2020 has been perfectly adapted for the handheld devices. The game lets you play in leagues, tournaments and exhibition games and online challenges. You can even play against a friend via Bluetooth. Overall it’s a treat for all the soccer fans out there.

Just like any other mobile pool game, here you have to use your fingers to aim the cue and swipe it to hit and pot the balls. Miniclip’s 8 Ball pool is probably one of the most popular games worldwide; the game allows you to play against people from all over the world in a turn-based online match to find out who the best player is.

8 Balls pool allows you to play against your Facebook friends or random opponents online. The aim is to keep winning matches and earn coins, which allows you to buy different upgrades for your cue.

Monopoly by Marmalade Game Studio is the official mobile version of a classic board game that you’ve grown to love. Gameplay is super simple. You and another online player begin at the start and then make your way around the boardwalk as fast as you can.

Whoever makes it to a particular property first, gets to build there. And whoever is first in building a house is the rightful owner of that whole property zone and will pick up the rent money from any other player who lands on that piece.

Your Aim in the game is to bankrupt all the other players. And Just like in the original Monopoly, building houses means you make more tax money, which will quickly empty your opponent’s bank.

It’s important to look after your eyesight when playing online games, especially as many of us will likely have more time on our hands due to the outbreak. Make sure to get regular check-ups on your eyesight, and if you need new glasses, you can head on over to Eyeglasses.com to get yourself a new pair. Have fun gaming but make sure you’re looking after your eye health!