Wither 3, Developer and Published by CD Projekt is all set to release for Nintendo Switch Players on 15th October 2019. The same has just been announced, and you can have a look at the official release date reveal trailer of The Witcher 3: Wild Hunt – Complete Edition below.

The Witcher 3: Wild Hunt is an open-world third-person Action RPG Game, Where you control a monster hunter known as a witcher, who is looking for his missing adopted daughter on the run from the Wild Hunt: an otherworldly force determined to capture and use her powers. What is the best thing about the game is that its central story has several endings, and you by making various choices determine it!

What is included in the Witcher 3 Complete Edition? And Where Can I get It for Nintendo Switch? 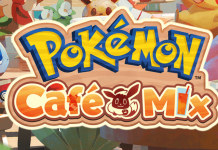