Mobile Gaming has had a massive surge in popularity over the past few years. A ton of popular PC and Console develops have decided to make new games or port their popular games to the mobile platform. Now with the existence of Mobile Gaming News sites, people can get info on their favorite game much quicker. Here is our list of Top 5 upcoming games to look forward to in the near future!

This game was unveiled in the October 2019. The concept of the game is that you are taken to the planet of “Battlestar” that has suffered a massive disruption after the death of “Maestro”. War is on the rise and it is your job to defeat the enemies. The game is still expected to come out before 2021. Check out the game’s google play page

Plant Vs Zombie 3 was soft launched in Philippines, Ireland and Romania in mid-2020. The game builds upon the iconic PvZ tower defense gameplay. The game features new zombies and new plants for a fresh gameplay. Although in the current on-going soft release, the game has received criticism as being quite buggy but surely once these issues are fixed, PvZ3 will be a breathtaking game. Check out the game’s google play page.

Another series that is wildly popular in its PC and Console counterparts but was yet to release a mobile companion. The hack and slash series is supposed to drop before 2021 but as of now no release is in sight. The beta of the game was released back in August and had fairly good reviews. The game finally brings the beloved franchise to mobile and we’re sure it’ll be worth the wait.

The game has no global Google Play page as of now.

One of the most widely famous Battle Royales, Apex Legends is popular for its fast paced gameplay and chaotic action. Apex Legends was confirmed to be released for Android and iOS by the CEO of EA Games. The game will not be a rework but a direct port which means the graphics and gameplay are supposed to be quite similar as compared to its PC counterpart.

The game has no global Google Play Page as of now.

Currently up for pre-registration, LoL:WR has an endless number of possibilities in front of it. It has potential to thrive an esports environment as well. The game is one of the most talked about games in Mobile gaming right now and there was no way any game took the number 1 spot other than League itself. Check out the game’s Google Play Store

That’ll be all for this post folks! For more awesome gaming news and top lists, stay tuned with Mobile Mode Gaming!

Top 5 Premium Mobile Games You Need To Try At least Once! 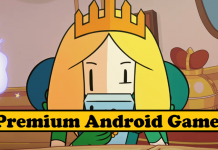 Top Premium Android Games You Should Play in 2020